A few weeks ago, I attended the ‘Clean Coding with Uncle Bob’ conference by Rabobank and the Utrecht Java User Group. This is a short recap of the first day of the event.

Robert C. Martin, also famously known as Uncle Bob, is one of the founders of the Agile Manifesto and the author of classics such as The Clean Coder, Clean Code and Agile Software Development: Principles, Patterns, and Practices.

During the 2-day event, Uncle Bob shared his vision and experience on clean code and clean architecture in four different talks. The event also featured an interesting breakout session, in which the audience could choose who to listen to with their headphones.*

*Note: this blog will only outline the talks by Uncle Bob. If you’re interested in the breakout session speakers, click here (Brian Vermeer — ‘Common Mistakes made in Functional Java’) and here (Rosanne Joosten — ‘Me, My Code and I’). 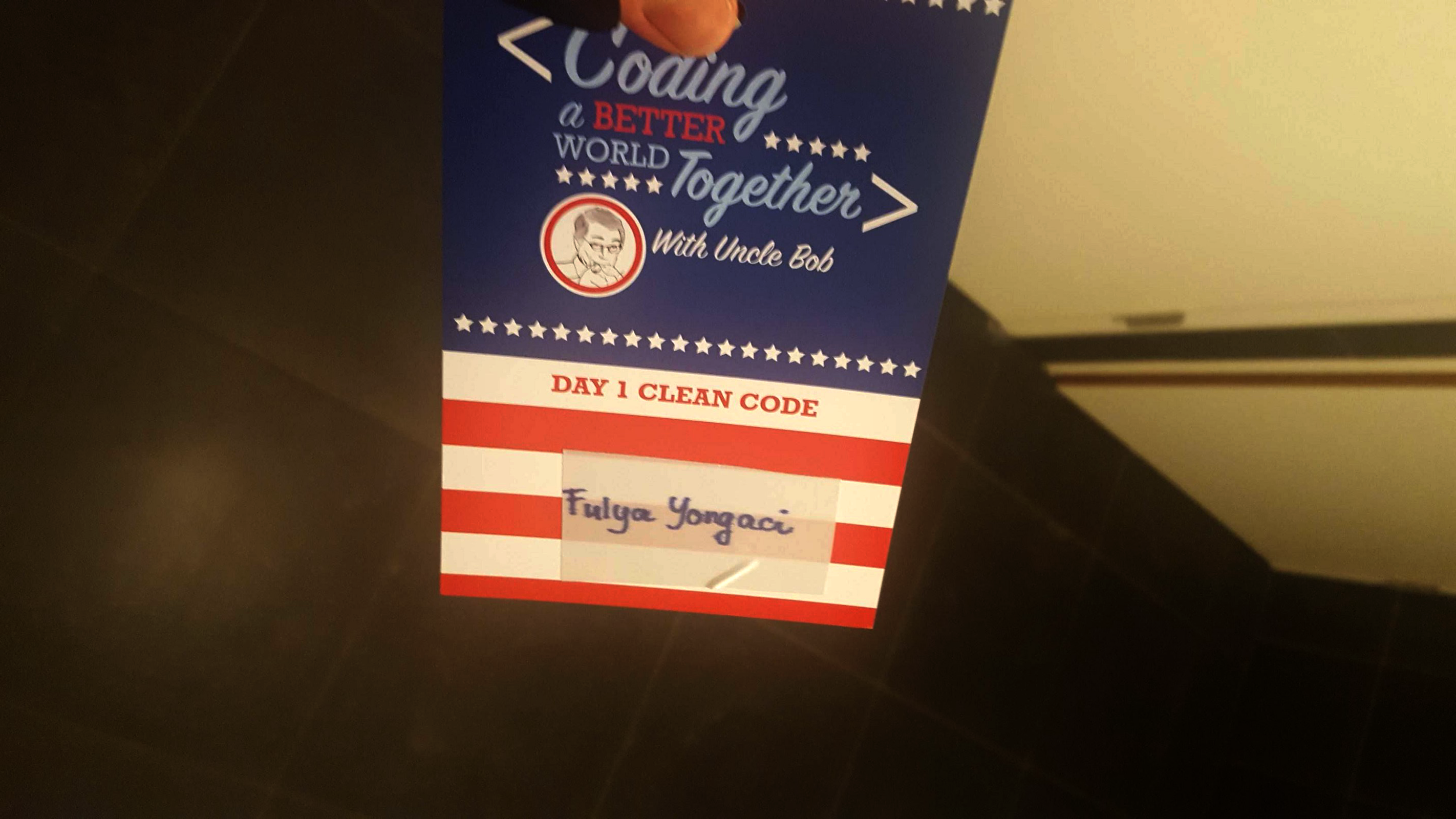 I’m sure most of you will remember the WTFs/minute measurement of code quality. Uncle Bob sure does, and he uses the cartoon below as a kind of outline to his talk. According to him, this whole day is about how to write the code being reviewed behind the door on the left. Exciting pitch, isn’t it? Keep reading as Uncle Bob walks us through the path to clean code! 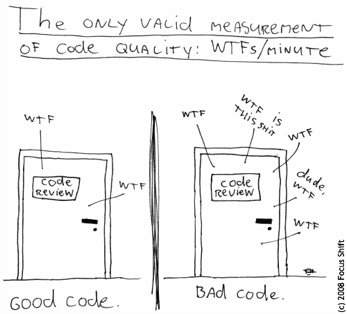 When you start a new project, you have the luxury of going fast, because what you have is still small. You can quickly add new features. But if you don’t keep it clean, the level of complexity will rise exponentially. Soon enough it becomes very hard to add or change stuff because the messy code looks something like this: 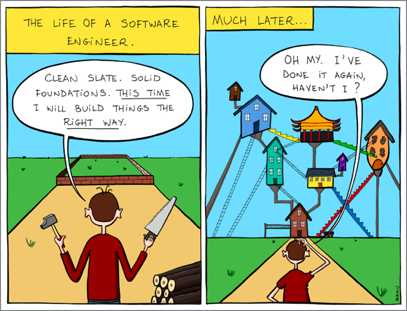 Writing clean code is not easy because the human brain is not really suited to do this perfectly the first time around. Human beings do not think in nice straight lines, they don’t think in ‘if statements’ or ‘while loops’. Therefore, it’s hard enough just to make the code work. Once it works, that’s when you have to clean it (nobody writes clean code at first). According to Uncle Bob, you should invest roughly the same amount of time to clean it as you do writing it.

“Clean code always looks like it was written by someone who cares.” — Michael Feathers

2. Are You a Professional?

Uncle Bob’s favourite speech, because he gets to be the CTO of his audience! As a CTO, Uncle Bob has some ground rules — and I have to say, they sound solid to my developer ears.

3. The Three Laws of Test-Driven Development

In this part of the talk, Uncle Bob uses a couple of interesting metaphors. When you think about it, the job we developers do is actually like magic. We write a lot of strange words and symbols that can only be understood by other developers. When those words and symbols come together, they can do amazing things. And if even one single character is wrong, all hell breaks loose. So how do we make sure we don’t mess up?

Take accountants, for example, a class of professionals that in a way does something similar to development. Accountants also work with a lot of data, and books filled with numbers. If they miss a single digit or put an extra number where it doesn’t belong, the effects could be huge.

According to Uncle Bob, their secret to avoiding mistakes lies in a 500-year-old idea. They work with two different books: one for assets, the other for liabilities. They document everything twice, in each book. When subtracting the one from the other, everything should sum up to a zero.

Test-driven development is built on a similar idea. As developers, we write a line of code followed up by a line of test. When everything comes together, the test should pass. Uncle Bob’s 3 golden rules to the game:

At The Mobile Company, we work with TDD and have developed our own working method. Personally, I aim to write tests before the code. Uncle Bob’s 3 rules are new to me, and I’m looking forward to trying them out soon!

At The Mobile Company we value clean code, so most of the presentation once again confirmed how we already work and the processes we have in place to build awesome products for our clients and their end users. Still, it was great to hear why we do what we do from someone as inspiring as Uncle Bob. I hope this write-up inspired you as well. If you want to learn more, feel free to reach out!

Fulya Yongacı Cığa
Mobile Dev at The Mobile Company. Hails from Istanbul, has a passion for diving and traveling, and is into all kinds of foldable things.
#Blog #Cultuur